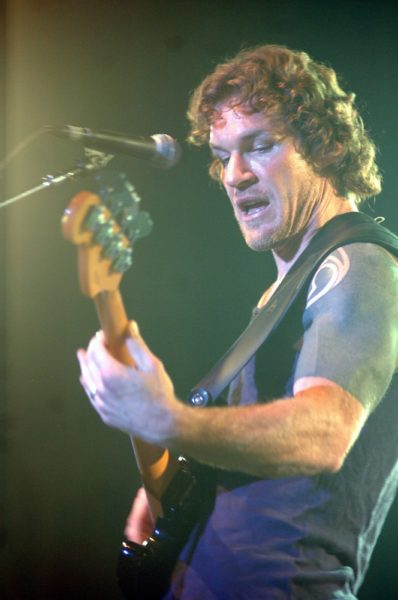 Tim Commerford is an American musician. He is the bassist for rock band Rage Against the Machine, whose other members are Zach de la Rocha, Tom Morello, and Brad Wilk, and for the supergroup Audioslave, whose other members were Chris Cornell, Morello, and Wilk. He is also known as Timmy C, Y.tim.K., Tim Bob, tim.com, S.W.I.M., and Tim the Bassist.

Tim is the son of Robbie, a teacher and mathematician, and Gerard Commerford, an aerospace engineer, who worked on the Space Shuttle. He has two children with his wife Aleece Dimas.