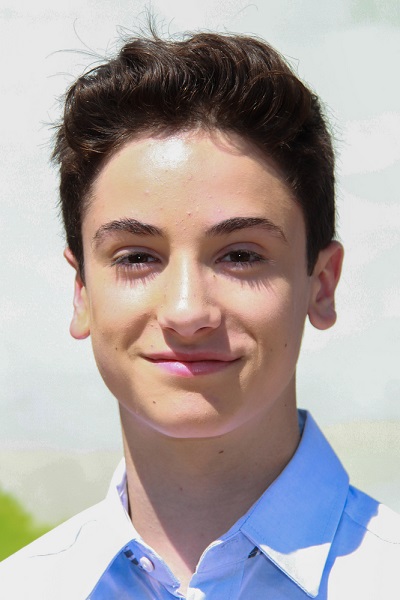 Teo Halm is an American songwriter, record producer, and actor. He starred in the 2014 film Earth to Echo. He was one of the winners of the Latin Grammy Award for Best Urban Song 2019 for “Con altura,” by Rosalía (featuring J Balvin), which Teo co-wrote.

Teo’s paternal grandfather was Albert Halm (born Albert Rosenberg, the son of Srool Yakov Rosenberg and Nachuma “Nelly” Eisikovits). Albert was born in Yasinya, Ukraine, and was raised in the Carpathian Mountains. He was a Holocaust survivor, who wrote the book, My Handwriting Saved Me (2017). A picture can be seen here. Srool was born in Czechoslovakia. Teo’s great-grandmother Nachuma was born in Yasinya, Rakhivs’kyi district, Zakarpats’ka oblast, Ukraine, the daughter of Avrom-Wolf Eisikovits and Bince Halm/Finkelstein. The Halm surname can be traced back as far as Teo’s great-great-great-great-grandfather, Avrom-Dovid Halm.

Teo’s maternal grandfather was Isaac “Zazac” Cohen Olivar (the son of Mimon Judah Cohen Olivar and Aicha Pinto). Isaac was born in Paris, France, to parents from Tangiers, Morocco. Mimon was the son of Judah Cohen and a woman surnamed Olivar. Aicha was the daughter of Yacob Pinto and Donna Serfaty.

Genealogy of Teo Halm (focusing on his mother’s side) – https://www.farhi.org