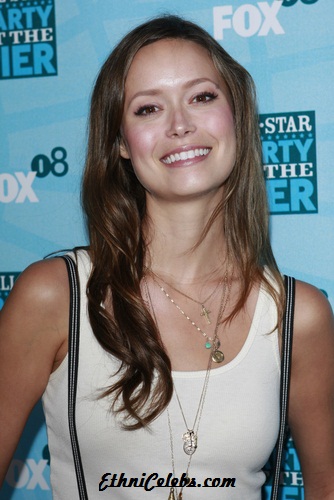 Summer Glau is an American actress. She is known for her roles on the shows Terminator: the Sarah Connor Chronicles, Firefly, The 4400, and Dollhouse. Summer’s father is of German/Alsatian German, English, and one eighth Swiss-German, descent. Summer’s mother is of English, Scottish, Scots-Irish/Northern Irish, Irish, and Welsh descent.

There are claims on the internet that Summer has Cherokee Native American ancestry, specifically from a great-grandparent. These claims do not appear to be accurate. While it is possible that Summer may have remote Cherokee ancestry, all of Summer’s great-grandparents are identified as “white” on United States censuses, and most or all of their recent ancestry has been documented as not being Cherokee Native American.

Summer is married to actor Val Morrison, with whom she has two children.

She was really cool. We were joking that her name was Summer G. Lau and she was actually of Asian heritage – that’s what Daniel [Dae Kim] kept saying. I didn’t know that her ancestry actually is Irish and German. But yeah, she just brought it. There were so many takes where the camera wasn’t even on her, and she just gave it every single time.

Summer’s patrilineal line can be traced to her great-great-great-grandparents, Detlef Wilhelm Christian Glau, b. c. 1825, and Anna Friederike Basche, b. c. 1821, who were both born in Flensburg, Schleswig, Germany.

Summer’s paternal grandmother was Virginia Mae Mangold (the daughter of Walter Herman Mangold and Lorraine/Laraine Emalia Carle). Virginia was born in Texas, of German descent, including Alsatian German. Walter was the son of Valentine Mangold and Josephine Tschirhart. Lorraine was the daughter of Martin Ambrose Carle and Ida Haby.

Summer’s maternal grandfather was Albert Joe McFarlane (the son of Floyd Joseph McFarlane and Evalyn Rose Grace Morgan). Albert was born in Oregon. Floyd was the son of Joseph A. McFarlane and Cora A. Sheldon. Evalyn was the daughter of Fred Sylvester Morgan and Lora Bell Carpenter.

Summer’s maternal grandmother was Mary Freda Cooper (the daughter of Thomas A. Cooper and Vera Wooten). Mary was born in Arkansas. Vera was the daughter of Monroe Wooten and Creola Milburn.

Summer’s matrilineal line can be traced to Minerva McCain, who was born, c. 1848, in Tennessee.

Interview where Summer mentions some of her ancestry – http://www.whedon.info