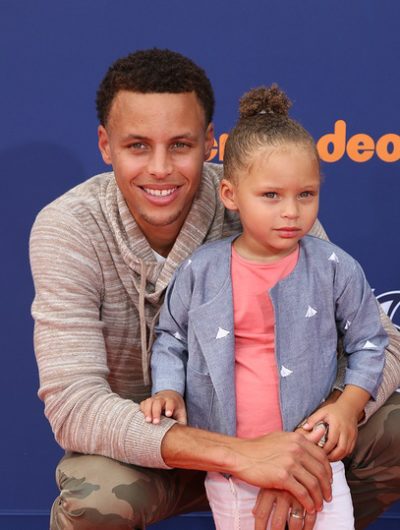 Curry and his daughter Riley Curry in 2015, photo by kathclick/Bigstock.com

Stephen is married to Canadian-born actress Ayesha Curry, with whom he has three children.

He is one of the record-setting Splash Brothers basketball duo, with Klay Thompson.

A picture of Stephen with his wife and daughter can be seen here.