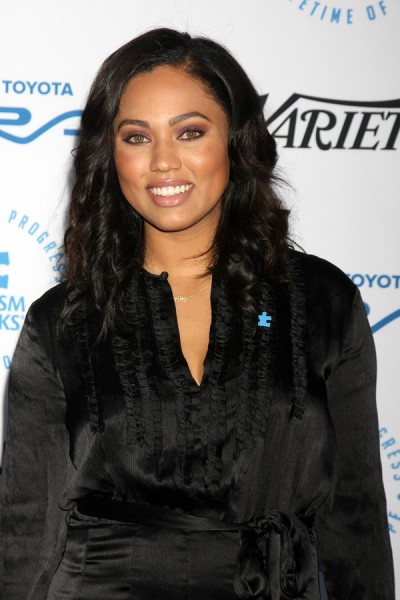 Curry in 2015, photo by kathclick/Bigstock.com

Ayesha Curry is an American-Canadian actress. She is married to NBA player Stephen Curry, with whom she has three children.

my mom is chinese/Jamaican and my dad is polish/African American. 😊

A picture of Ayesha and her mother, Carol, can be seen here.

My dad is a musician, he was a producer back in the day… He loves Stevie Wonder and there was a song called ‘Isn’t She Lovely,’ and his daughter’s name was Aisha, so he says her name in the song, and my dad fell in love with it.