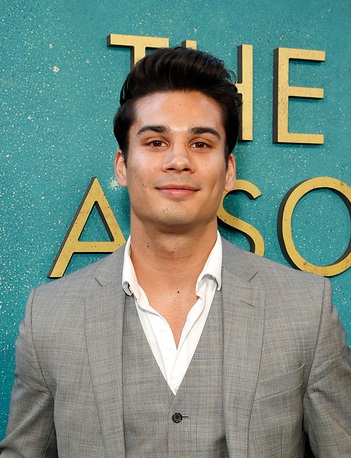 Tanner in 2019, photo by www.bigstockphoto.com

Drew Ray Tanner is a Canadian actor. He is known for his role as Fangs on Riverdale.

A picture of Drew’s mother can be seen here. He was raised partly in Aldergrove, Fraser Valley, British Columbia.

Drew’s grandmother was Pearl Hall (the daughter of Gilbert Dennis Hall and Florence Roberta Blake). Pearl was black, and was born in Dobson, Coleyville, Manchester, Jamaica. Gilbert was the son of George Dennis Hall and Mary Anne/Ann Carnagie. Florence was the daughter of David Alexander Blake and Ann Elizabeth Waite. A picture of Pearl can be seen here.