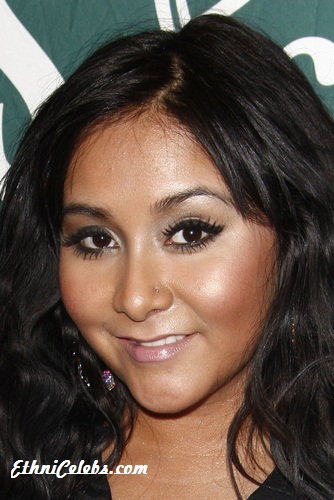 Snooki was born in Santiago, Chile, and was adopted by an American family, of Italian heritage. She was raised in New York. She has stated that she had not met her biological parents at least as of the late 2000s.

Snooki is a self-proclaimed “guidette” who received her nickname “Snooki” in middle school, after the character “Snooki the Cootchie Crook” from the film Save the Last Dance, 2001.

Snooki is married to Jionni LaValle, with whom she has three children.

A 23andMe DNA test whose results were displayed on YouTube stated that Snooki’s genetic ancestry is: