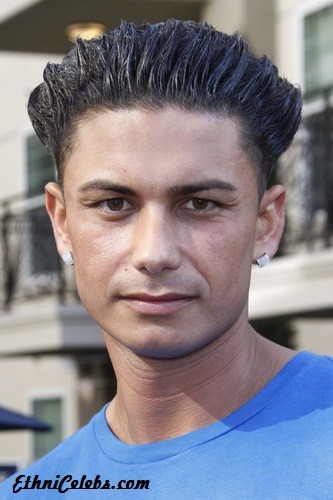 He was born Paul DelVecchio, and is the son of Donna (DiCarlo) and Paul D. DelVecchio. Pauly has a daughter with Amanda Markert.

Pauly is known for his elaborate hairstyles and his fist-pumping.

Pauly has said (starting around 1:42 at this link):

Pauly’s maternal grandfather was named Albert J. DiCarlo, Sr. Albert was Italian, and is listed as possibly having been born in San Marino in one record.

Various websites have speculated that Pauly is of Portuguese and/or Brazilian ancestry. This is not accurate.