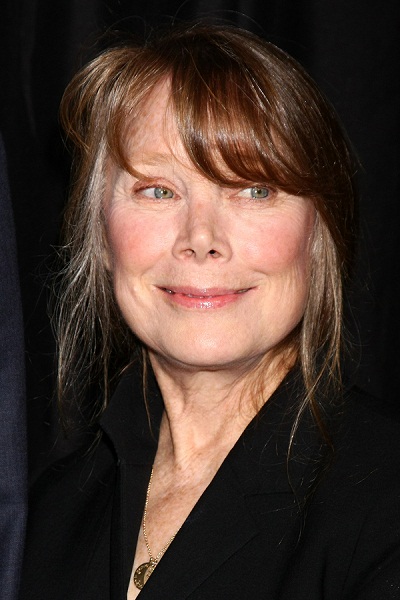 Spacek in 2013, photo by kathclick/Bigstock.com

Sissy Spacek is an American actress and singer. She won the Academy Award for Best Actress for Coal Miner’s Daughter (1980).

Sissy is the daughter of Virginia Frances (Spilman) and Edwin Arnold Spacek. Her father was of three quarters Bohemian (Czech) and one quarter German descent. Her mother had English ancestry. The surname Špaček means “starling” in Czech, and is used as a slang word for “cigarette.”

Sissy’s first cousin was actor and comedian Rip Torn, who was her father’s sister’s son. Sissy is married to production designer, art director, and director Jack Fisk, with whom she has two children, including actress, singer, and songwriter Schuyler Fisk.

Genealogy of Sissy Spacek (focusing on her father’s side) (through Sissy’s cousin, Rip Torn) – http://www.wargs.com

Genealogy of Sissy Spacek (focusing on her mother’s side) – http://www.wargs.com