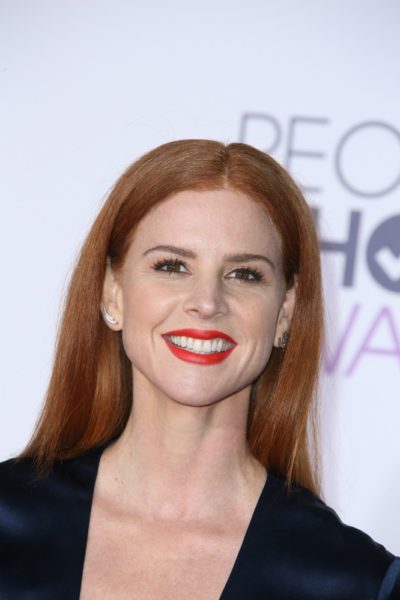 Rafferty in 2016, photo by Prphotos.com

Sarah Rafferty is an American television and film actress. She is known for her role as Donna on the USA Network legal drama Suits.

Sarah is the daughter of Mary and Michael Rafferty. She is married to Aleksanteri Olli-Pekka Seppälä, with whom she has two children. Aleksanteri is of Finnish descent. Her cousin is politician Colin Bonini.

Sarah’s maternal grandfather was Rupert Hermes Friday (the son of John Aloysius Friday and Anna/Ann Mary Hermes). Rupert was of German descent. John was the son of John Henry Friday and Frances/Francisca Fuches/Fuchs. Anna was the daughter of Peter Hermes and Anna Mary Rupert.