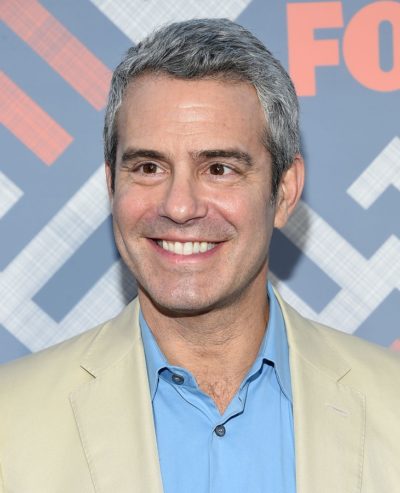 Cohen in 2017, photo by DFree/www.bigstockphoto.com

Andy Cohen is an American reality television producer, author, and talk and radio host. He has hosted the show Watch What Happens Live with Andy Cohen since 2009.

Andy is the son of Evelyn and Louis Cohen. He has a son.

A DNA test whose results were displayed on the show Finding Your Roots with Henry Louis Gates, Jr. (2021) stated that Andy’s genetic ancestry is:

Genetically, he was found to have a common ancestor with actress Scarlett Johansson, through shared Ashkenazi ancestry.

Andy’s maternal grandfather was Benjamin/Ben/Bennie Allen (the son of Azriel Zelig Jeleń/Louis Allen and Ida Levey). Benjamin was born in Illinois. Andy named his son after him. Louis was born in Wysokie Mazowieckie, Poland, the son of Moszek Aron Jeleń, who was born in Zambrów, Poland, and of Dwerka Srebrołów.