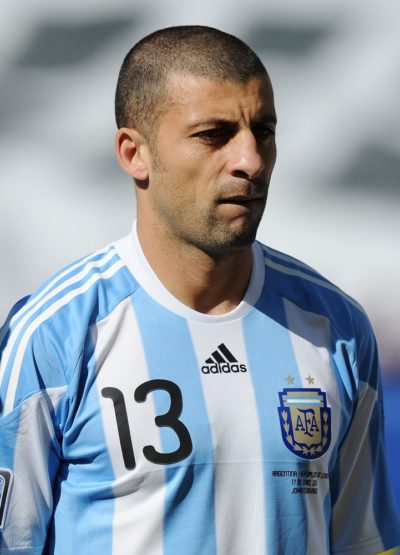 Walter Samuel is a retired Argentinian professional footballer. He was a defensive player. His mother’s name is Gladys.

Walter is described in many websites as having Jewish roots, more specifically from his mother’s side. It is not clear if this is accurate. Walter’s mother has said that she watches his games with a statue of the Virgin Mary, which makes it likely that Walter’s mother is Catholic by religion. Walter was married in a Catholic ceremony.

Walter’s surname, Luján, is Spanish, and he almost certainly has Spanish ancestry. Samuel is his stepfather’s surname. Like many people from Argentina, it is possible that he also has some Italian ancestry.

Walter is married to Cecilia, with whom he has three children.