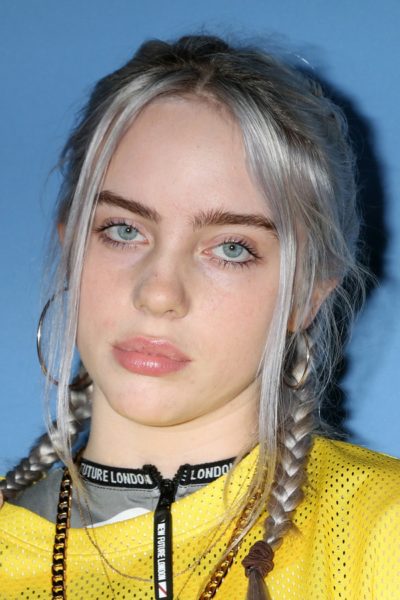 Eilish in 2017, photo by kathclick/Bigstock.com

Billie Eilish is an American singer, songwriter, and model.

Billie is the daughter of Maggie May Baird and Patrick O’Connell. Her parents both work in the entertainment industry. Her father is an actor and her mother is an actress and screenwriter, and both are musicians. Her older brother is actor and musician Finneas O’Connell.

The name Eilish is the Irish Gaelic variant of the name Elizabeth.

Her uncle, Brian Baird, is a politician, who was a Democratic, Member of the U.S. House of Representatives from Washington, from January 3, 1999 to January 3, 2011.

Billie’s paternal grandmother was Jean Stone (the daughter of Mead Wilmer Stone and Elise Charlotte “Lillie” Seemann/Seeman/Seamann). Jean was born on Staten Island, Richmond, New York, and was an author and editor. Mead was the son of Medad Elisha Stone and Emma Sterling Bones, who was born in LaFayette, Onondaga, New York. Lillie was the daughter of Frederick Carl Seemann, who was born in Zurich, Switzerland, to German parents, and of Elise Charlotte Garbe, whose parents were also German.

Billie’s maternal grandfather was William Norton Baird (the son of Collier Whittemore Baird and Dorothy Grace Norton). William was born in Orange, Essex, New Jersey, and was a town councilman and mayor of Fruita, Colorado. Collier was the son of William Torrey Baird and Anne Meredith/Merideth Grant. He was a stock broker and statistician. Dorothy was born in Austin, Chicago, Illinois, the daughter of Lawrence Adelbert Norton and Grace Helena Bulckens, whose father was of Belgian [Flemish] origin, and whose mother was born in County Carlow, Ireland.