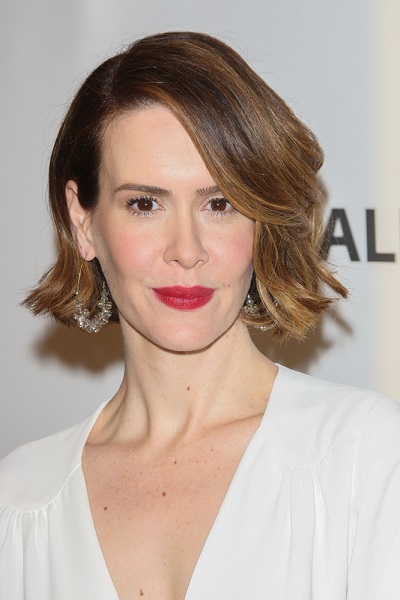 Paulson in 2014, photo by Prphotos.com

Sarah Paulson is an American actress, director, and producer.

Sarah is the daughter of Catharine Gordon (Dolcater) and Douglas Lyle Paulson II. Her half-sister is actress Rachel Paulson.

Her parents divorced during her childhood. Her mother, who had been a debutante in Florida, moved with Sarah and her sister to Maine, then New York City.

Sarah’s paternal grandmother is Mazie Gwendolyn Cook (the daughter of Walter Sherrard Cook and Mary Edith Pugh). Mazie was born in Virginia. Walter was the son of Thomas Jackson Cook and Eliza Susan Ellenger. Mary Edith was the daughter of Clarence Marshall and Susan Rita Alexander.