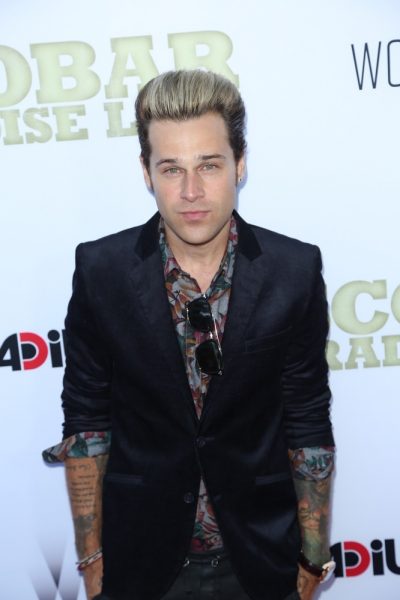 Ryan Cabrera is an American singer, songwriter, and musician.

Ryan’s maternal grandfather is Robert Laurette Noreika (the son of Martin J. Noreika and Dorothy Healy). Robert was born in New York. Martin was the son of Lithuanian emigrants, Aleksandras “Alexander” Noreika and Josephina “Josephine” Kurkulionytė, both of Kaunas. Dorothy was the daughter of Irish immigrants, John J. Healy and Margaret O’Hara.

Ryan’s maternal grandmother was Madeleine Knapp (the daughter of Edward Griffiths Knapp and Louise May Lehmann). Madeleine was born in New Jersey. Edward was born in Wavertree, Liverpool, England, the son of George Henry Knapp, who was an American, from New York City, New York, and of Mary “Polly” Griffiths, who was English, from Woolton, Liverpool, and was of half Welsh descent. Ryan’s great-grandfather Louise was born in New Jersey, of German descent, and was the daughter of Charles Edward Lehmann and Magdalena Elizabeth Flora “Madeline” Zimmermann.

Ryan’s matrilineal ancestry can be traced back to his sixth great-grandmother, Anne-Marie Stockel.

Sources: Genealogy of Ryan Cabrera (focusing on his mother’s side) – http://www.genealogy.com