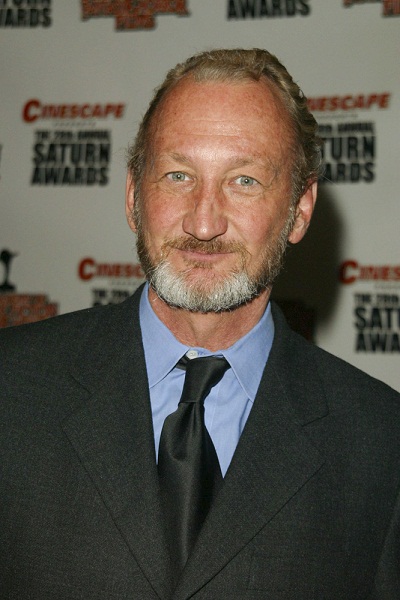 Englund in 2002, image via Prphotos

Robert Englund is an American actor, director, and singer. He is known for playing Freddy Krueger in the A Nightmare on Elm Street films. His films also include The Phantom of the Opera (1989), Urban Legend (1998), and 2001 Maniacs (2005), among many other roles.

Robert is the son of Janis and John Kent Englund, an aeronautics engineer, who helped develop the Lockheed U-2 airplane. Robert is married to Nancy Booth.

Robert’s paternal grandfather was Clyde Carl Englund (the son of Charles A. Englund and Louise Matilda Gustufson). Clyde was born in Colorado, to Swedish parents.

Robert’s paternal grandmother was Virginia Belle Jorgensen (the daughter of Anton Milius/Millard Fabricius Jorgensen and Della Deniza Colton). Virginia was born in Nebraska. Anton was Danish, the son of Mads Jorgensen and Ise Marie Thybo. Della had English ancestry; she was born in Illinois, to a father from Massachusetts, John F. Colton, and a mother from Pennsylvania, Sarah H. Susannah Robinson.

Robert’s maternal grandfather was Robert Millar McDonald/MacDonald (the son of John Franklyn/Frank MacDonald/McDonald and Nancy/Nannie Cunningham). Robert’s grandfather Robert was born in Pennsylvania. John was the son of John McDonald and Hannah Brown. Nancy was born in Pennsylvania, the daughter of Joseph Cunningham, who was Irish, and of Mary Miller.