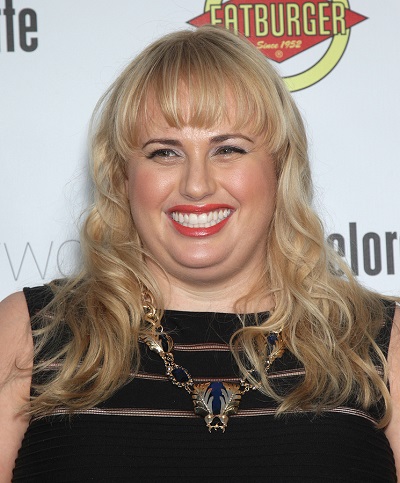 Wilson in 2012, photo by DFree/Bigstock.com

Rebel Wilson is an Australian actress, comedian, writer, singer, and producer. Her roles include Pitch Perfect, How to Be Single, Isn’t It Romantic, The Hustle, and Bridesmaids.

Her parents are professional dog handlers. Rebel was born Melanie Elisabeth Bownds. It is not clear if “Rebel” was part of her birth name. Rebel has said that her parents gave her the name after a girl who sang at their wedding.

Rebel has stated that her ancestors include “Bad Irish people that were sent to Australia” (as convicts).

Rebel has also said that her great-aunt was Lillian Marie Bounds, an American actress from Idaho who was the wife of entrepreneur Walt Disney. This does not appear to be accurate.

Rebel’s maternal grandfather is Robert Wilson Stopford (the son of Adrian Johnson Stopford and Doreen “Dot” Wilson). Adrian was born in Lancashire, England, the son of Robert Stopford, who was a politician in Australia, and of Elizabeth Ann Johnson. Doreen was the daughter of Joseph Wilson and Ada Mary Bennett, who was born in Australia, to parents from Derbyshire, England.

Genealogy of Rebel’s father (focusing on his father’s side) – http://worldconnect.rootsweb.ancestry.com