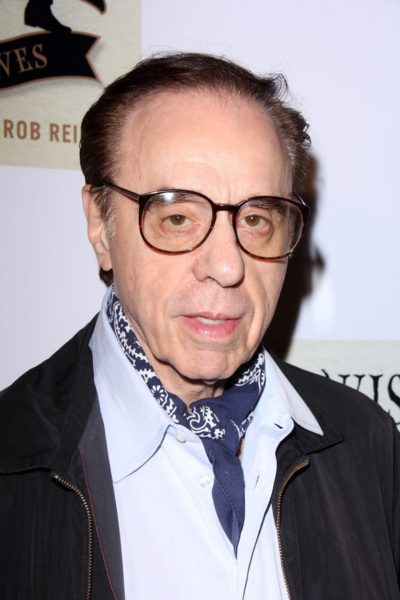 Bogdanovich in 2014, photo by kathclick/www.bigstockphoto.com

Peter Bogdanovich was an American director, writer, actor, producer, critic, and film historian. He directed the films Targets, The Last Picture Show, What’s Up, Doc?, Paper Moon, Mask (1985), and Texasville, among others, many of which he co-wrote.

Peter was the son of Herma (Robinsohn/Robinson) and Borislav Bogdanovich, who was a painter and pianist. His father was a Serbian Orthodox, artist from Ruma, Yugoslavia, now Serbia. His mother was born in Vienna, Austria, to a Jewish family. His family came to New York, U.S., in 1939, on visitors’ visas for the World Fair, as the Nazis began dominating Europe.

Peter’s maternal grandmother was Rudolfine “Finny” Zwilling (the daughter of Hersch Leib/Hermann Zwilling and Anna Chane Reiza Schmidt). Rudolfine was born in Vienna, Austria, to a father from Lviv, Ukraine, and a mother from Warka, Masovian Voivodeship, Poland. Hermann was the son of Moses Israel Zwilling and Malie Rize Pordes. Anna was the daughter of Mendel Schmidt and Rechel Moskowicz.