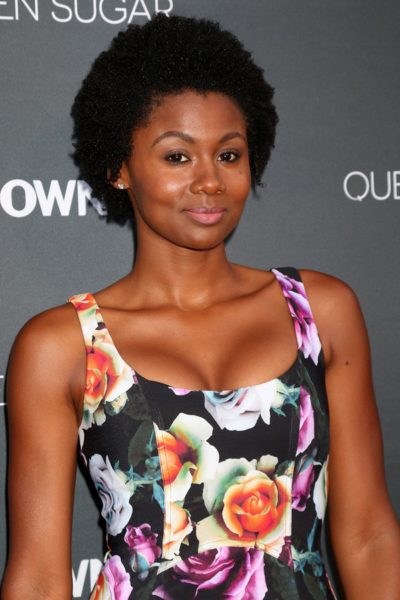 Corinealdi in 2016, photo by kathclick/Bigstock.com

Emayatzy Corinealdi is an American actress. She was born in Fort Knox, Hardin, Kentucky, to a Panamanian father, Edward E. Corinealdi, and an African-American mother, Rosemarie Hilton, who is from Ohio. Emayatzy was raised between Germany and the U.S states of Ohio, Kansas, and New Jersey.

Her name was created by her father as a combination of her grandmother’s name, Emma, and the name of a princess from Panama, Yatzy.

Through a DNA test, she learned that she has Nigerian ancestry.