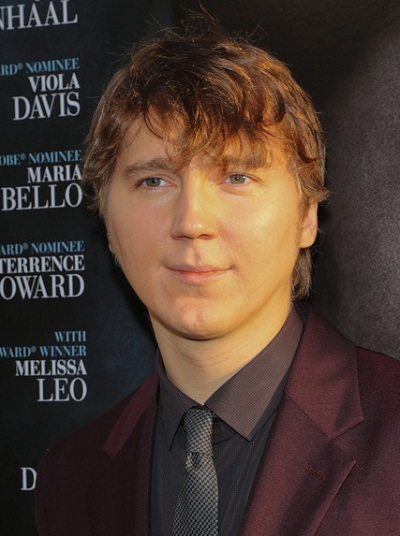 Paul Dano is an American actor, director, screenwriter, producer, and musician. His films include The Newcomers, L.I.E., The Girl Next Door, Little Miss Sunshine, There Will Be Blood, Knight and Day, Looper, 12 Years a Slave, Prisoners, Love & Mercy, and The Fabelmans. He also wrote and directed the film Wildlife.

Paul is the son of Gladys and Paul Dano. His father is originally from Pennsylvania. Paul was raised partly in New Canaan and Wilton, both in Connecticut. He has two children with his partner, actress and screenwriter Zoe Kazan.

Paul’s maternal grandfather was Frank Jacob Pipp (the son of Frank Jacob Pipp and Caroline I. “Carrie” Snyder). Paul’s grandfather Frank was born in Michigan. Paul’s great-grandfather Frank was born in Michigan, to parents from the Austro-Hungarian Empire, John Pipp and Mary Pangrelic/Pechie; John was from Feistritz an der Gail, a Slovenian-speaking town. Caroline was evidently born in Vienna, Austria, the daughter of Frank/Franc William Snyder and Anna/Annie/Anne Macek, and was of Bohemian Czech descent.

Paul’s maternal grandmother was Gloria Charlotte Nilsson (the daughter of Okie Richard Nilsson and Elsie Anna Hanson). Gloria was born in Illinois. Okie was born in Sweden, the son of Johan Nilsson and Hella Gram. Elsie was of Swedish descent.