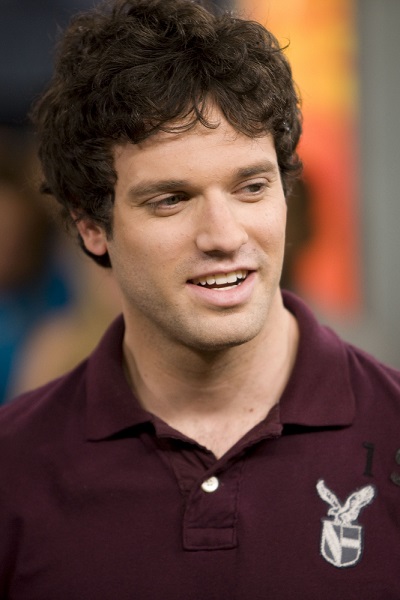 Epstein in 2009, photo by Prphotos.com

Jake Epstein is a Canadian actor and singer. He is known for starring as Craig Manning on the show Degrassi: The Next Generation. He is the son of Kathy Kacer, an author who has written about the Holocaust, and Ian Epstein, a lawyer.

Jake’s parents are both Jewish. Their families are from Russia, Lithuania, Slovakia, and Hungary. He was raised in Conservative Judaism.

Jake’s paternal grandfather was Frank Epstein (the son of Osher Epstein and Ienta/Enta Nor). Frank was born in Benoni, Transvaal, South Africa, to parents who were born in Panevezys, Lithuania. Osher was the son of Bentsel Epshtein and Freida Leya Teiman. Ienta was the daughter of Movsha Nor and Pesa.

Sources: Genealogy of Jake Epstein (focusing on his father’s side) – http://www.geni.com

Genealogy of Jake Epstein (focusing on his mother’s side) – http://www.geni.com

Genealogy of Jake’s maternal great-grandmother, Marishka/Maria Korach (focusing on her father’s side) – https://www.geni.com