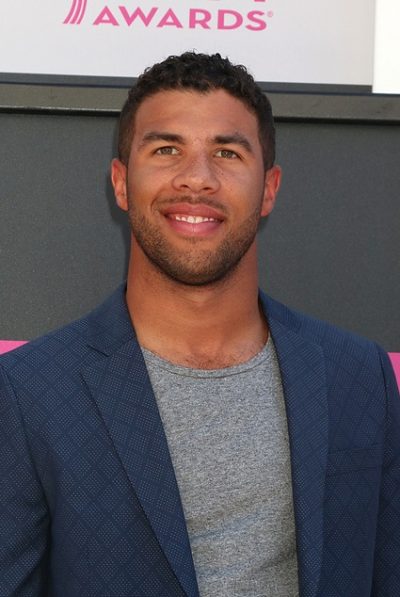 Wallace in 2017, photo by kathclick/Bigstock.com

Bubba is the son of Desiree (Gillespie) and William Darrell Wallace. His father is white and his mother is black.

Bubba’s maternal grandmother was Janet D. Beaty (the daughter of Robert Beaty and Betty Lee Brooks). Janet was born in Kentucky. Robert was the son of Pete Beaty and Hattie Kyle. Betty was the daughter of Harrison Brooks and Bertha Cole.