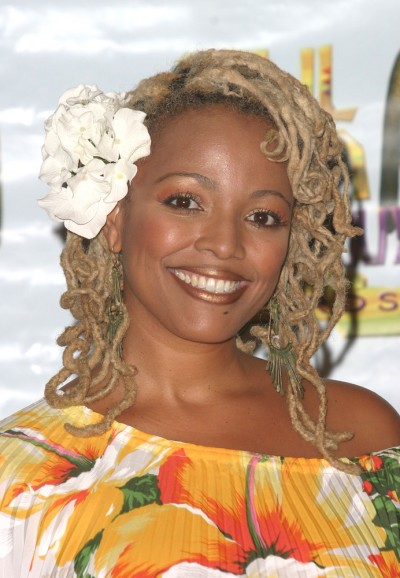 Fields in 2003, photo by Prphotos.com

Kim Fields is an American actress, singer, and television director. She is known for her roles as Tootie Ramsey on The Facts of Life (1979–88) and Regina “Regine” Hunter on Living Single (1993–98).

Kim is the daughter of Tony Fields and actress and director Laverne “Chip” Fields. Her younger sister is actress Alexis Fields. Kim’s parents divorced when she was very young. Kim is married to actor Christopher Morgan, with whom she has two children.

One of Kim’s grandmothers was the daughter of Jamaican parents.