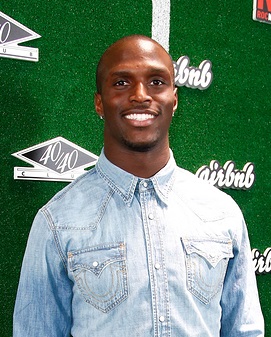 McCourty in 2014, photo by Debby Wong/www.bigstockphoto.com/

Jason McCourty is an American football player. He is a cornerback for the New England Patriots of the National Football League (NFL).

Jason is the son of Phyllis Harrell and Calvin McCourty. Both of his parents are/were African American. His identical twin brother, Devin McCourty, is also a football player. Jason is married to Melissa, with whom he has three children.

Jason’s maternal grandfather was Samuel Lee Harrell (the son of Benjamin Harrell and Emma Keeling). Samuel was born in Virginia.