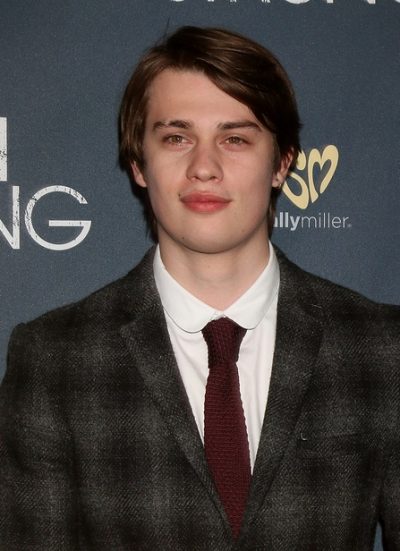 Galitzine in 2016, photo by Joe Seer/Bigstock.com

Nicholas Galitzine is a British actor. He has starred in the films Handsome Devil, High Strung, and The Watcher in the Woods (2017), and, as the Prince, in Cinderella (2021).

His father, (Prince) Geoffrey Leo Alexander Galitzine, is British, with Russian roots. His mother, Lora Maria Konstantina (Papayanni), was raised at least partly in the U.S., and has Greek roots. It appears that Nicholas is a descendant of the House of Golitsyn or Galitzine, one of the largest princely noble houses in the Russian Empire. Many Galitzine family members left Russia during the 1917 Revolution. Nicholas, his father, and grandfather are all listed as titled Princes in notations.

Nicholas’ maternal grandfather was Nicholas/Nicolas A. Papayanni/Papayannis (the son of Alexander Papayannis and Maria Maganari). Nicholas was born in Brăila, Romania, where there is a Greek community, and later lived in Athens, Greece.