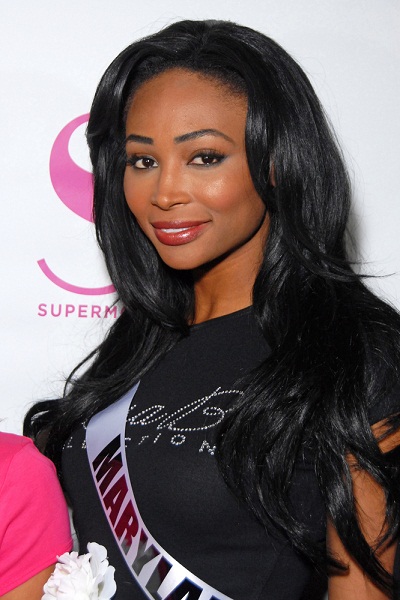 Meriwether in 2012, photo by PRPhotos

Nana Meriwether is an American philanthropist, professional volleyball player, and beauty pageant titleholder. She was first runner-up to the Miss USA 2012 contest, representing Maryland, and won the title after the 2012 winner, Olivia Culpo, won Miss Universe 2012. She founded the nonprofit organization the Meriwether Foundation.

Nana was born in Acornhoek, South Africa, where her parents were then doing volunteer work. Her parents are both black. Her father, Delano Meriwether, is an American physician, who was the head of the U.S. Government immunization program during the 1976 swine flu outbreak; and a track and field athlete, who was the 1971 U.S. outdoor track and field champion in the 100-yard dash. Her mother, Nomvimbi Meriwether, is a South African lawyer.

Nana was raised in Potomac, Maryland, U.S. She is said to speak some Zulu and Xhosa.