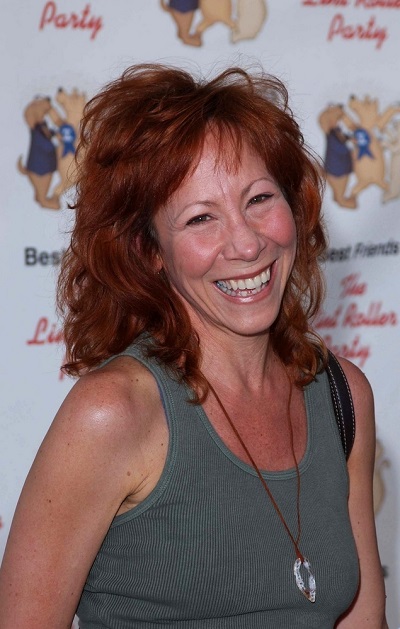 Sterling in 2003, photo by Prphotos.com

Mindy Sterling is an American actress and comedian.

She is the daughter of “Bookie”, a showgirl, and Dick Sterling (born Joseph Shapiro), an actor, comedian, and singer. Mindy is Jewish. She has a son, Max, a stand-up comedian, with her former husband Brian Gadson.

Mindy’s maternal grandfather was Mose I. Pushkin (the son of Jacob Pushkin and Florence Levi/Levy). Mose was born in Lithuania.

Mindy is stated in some places on the internet as being the daughter of actress June Vincent. This is not accurate. June Vincent’s daughter, a singer also named Mindy Sterling, is a different woman.