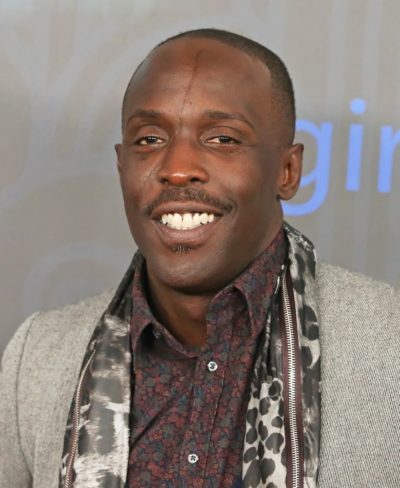 Williams in 2013, photo by Prphotos

Michael K. Williams, also credited by his full name Michael Kenneth Williams, was an American actor and dancer. He is known for his role as Omar Little on the crime drama The Wire, and for his many other acclaimed dramatic performances, including Boardwalk Empire, 12 Years a Slave, The Road, When They See Us, The Night Of, and Bessie.

Michael’s parents were both black. His father, Booker T. Williams, was from Greeleyville, Williamsburg, South Carolina, a city that Michael’s family had lived in for at least two centuries. Michael’s mother was from Nassau, Bahamas. He had ancestry from the Mende people in Sierra Leone. He was raised in the Vanderveer Projects in Brooklyn.

Michael’s paternal grandmother was named Anna J. Murrell/Murell (the daughter of Fronnie Murrell). Anna was born in South Carolina. Fronnie was the daughter of William “Willy” Murrell and Elizabeth Rollison. They were both born into slavery. Elizabeth’s parents, Michael’s great-great-great-grandparents, were named Rollo or Raleigh and Lucy.

Genealogy of Michael K. Williams (focusing on his father’s side) – https://www.geni.com