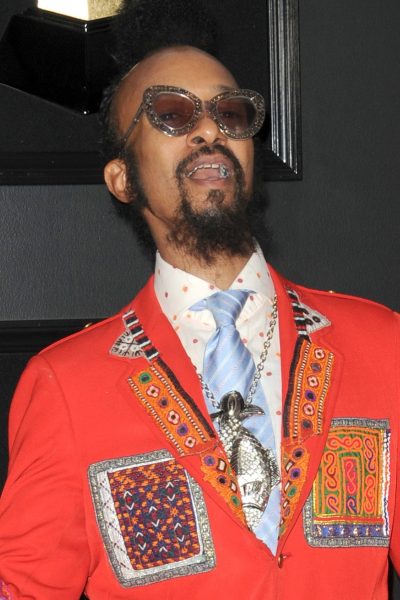 Negrito in 2019, photo by kathclick/www.bigstockphoto.com/

Fantastic Negrito is an American singer and songwriter.

He is the son of Fatimah and Luiidj Hassan Dphrepaulezz. Fantastic’s father is said to have been born in Somalia. Fantastic’s mother was African-American, with roots in Virginia. He was raised Muslim.

Fantastic has stated (at 1:41) that his father was actually African-Caribbean, who had a Somali-Bahamian background.

I think my dad wasn’t even African, now that I think of it. I got older and I tried to chase his roots and I find, ‘Oh fuck, you made a lot of shit up.’ I think my last name may be made up. I think my dad was just a really interesting guy, a rebel. Like, he always had this kind of accent… and now me and my brother go, ‘Was he just making up this accent all the time?’ It’s weird.