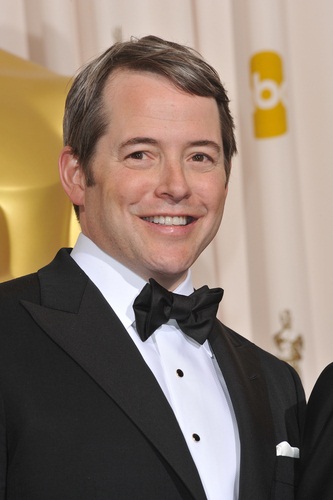 Matthew Broderick is an American actor and singer. He is known for playing the title character in the film Ferris Bueller’s Day Off.

Matthew is the son of Patricia (Biow), a playwright and painter, and James Broderick (James Joseph Broderick III), a stage and screen actor. His father starred in the 1970s drama series Family. His father was born in Charlestown, New Hampshire, of three quarters Irish and one quarter English descent. His mother was of German Jewish and Polish Jewish descent. Matthew has stated that he was not brought up in a religious home, but considers himself Jewish. He also regularly visits Ireland and owns a house near the ocean there.

Matthew is married to actress Sarah Jessica Parker, with whom he has three children.

Genealogy of Matthew Broderick (focusing on his father’s side) – http://www.wikitree.com

Genealogy of Matthew’s father (focusing on his own mother’s side) – https://www.findagrave.com