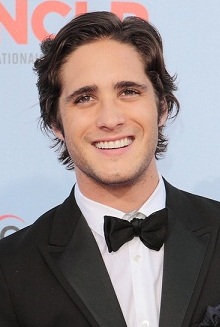 Diego Boneta is a Mexican actor and singer. He has had leading roles in the films Rock of Ages, City of Dead Men, Before I Fall, Terminator: Dark Fate, New Order, Monster Hunter, and Die in a Gunfight, and on television’s Scream Queens and Luis Miguel: The Series, among other works.

He is the son of Astrid Boneta López and Lauro Andrés González Lima. Diego’s father is Mexican. Some of Diego’s father’s lines can be traced back to Spain (in the 1500s). Diego’s mother was born in the United States, to a Puerto Rican father and a Spanish mother. Diego has Mexican, American, and Spanish citizenship. He first became known as a performer in Mexico.