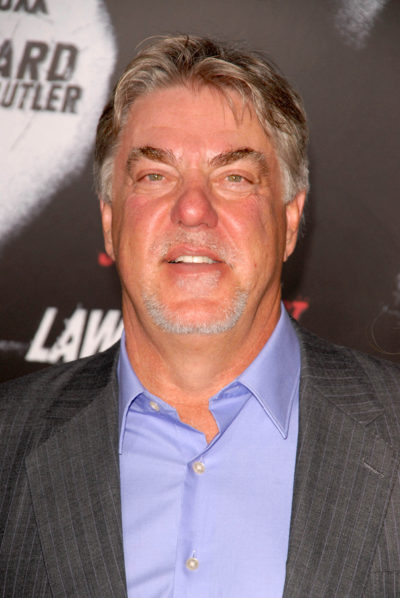 McGill in 2009, photo by s_bukley/Bigstock.com

Bruce McGill is an American actor.

Bruce is the son of Adriel, an artist, and Woodrow Wilson McGill, a real estate and insurance agent. He is married to Gloria Lee.

He is said to be related to Texas State Senator A. R. Schwartz.

Bruce’s paternal grandfather was Tuble Stephens McGill (the son of Andrew Franklin McGill and Nancy Elizabeth Priscilla Stephens). Tuble was born in Alabama. Andrew was of Irish/Scots-Irish/Northern Irish descent, the son of William McGill and Martha Seymour. Nancy was the daughter of Owen Alsey Stephens and Priscilla Ozier.

Bruce’s maternal grandfather was Leon Jacobs (the son of Reuben Jacobs and Sarah Edloff). Leon was born in Texas. Reuben was Jewish, and was born in Vishtinetz, Lithuania, the son of Nathan Lichtenstein. Sarah was born in New York, the daughter of Moses Edloff, who was a Polish Jew, and of Rosa “Rosalie” Wahl, a German Jew.

Bruce’s maternal grandmother was Bella Mazur (the daughter of Abraham/Abram Mazur and Caroline Meyer). Bella was born in Texas. Abraham was a Polish Jew, and was the son of W. M. Mazur and Reva. Caroline was a German Jew.

Genealogy of Bruce’s father (focusing on his own father’s side) – http://wc.rootsweb.ancestry.com

Genealogy of Bruce’s father (focusing on his own mother’s side) – http://wc.rootsweb.ancestry.com