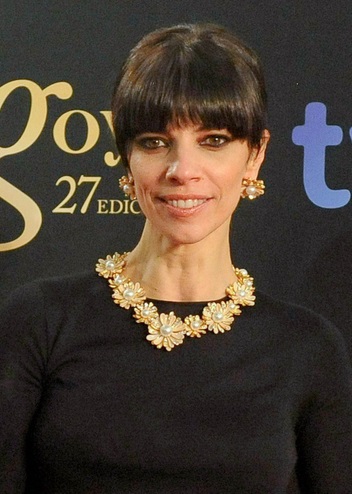 Maribel Verdú is a Spanish actress. She is known for playing Luisa in Y tu mamá también and Mercedes in Pan’s Labyrinth, and for her roles in Lovers, Belle Époque, The Blind Sunflowers, Snow White, Year of Enlightment, and 27 Hours, among other films.

She is the daughter of Maribel Rollán Carvajal and Gregorio Verdú Cantó. Her mother was born in A Coruña, Galicia. Maribel is married to Pedro Larrañaga. Pedro is the son of actors Carlos Larrañaga and María Luisa Merlo.