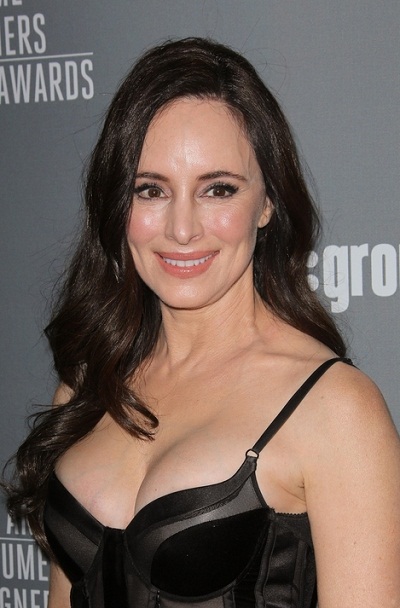 Madeline Stowe is an American actress.

Her father, Robert Alfred Stowe, was a civil engineer from a “poor Oregon family,” and had Dutch, German, and English ancestry. Her mother, Mireya Maria (née Mora Steinvorth), was from a prominent family in Costa Rica. One of Madeleine’s maternal great-grandfathers was a German immigrant to Costa Rico, while much or all of the rest of Madeleine’s mother’s ancestry was Costa Rican/Spanish-Costa Rican.

Madeline is married to actor Brian Benben, with whom she has a daughter.

Madeleine’s maternal grandmother was Rosita Steinvorth Marín (the daughter of Wilhelm/Guillermo Steinvorth Ulex and Rosaura Marín Blanco or Rojas). Wilhelm was a German emigrant to Costa Rico; he was born in Lüneburg, Germany, and was the son of Heinrich Dietrich Steinvorth and Henriette Ch. Ulex. He was the Vice president of Banco Anglo Costarricense (Anglo-Costa Rican Bank). Madeleine’s great-grandmother Rosaura was the daughter of Ramon Marin Sola and Martina Bustamante.

Sources: Genealogy of Madeleine’s father (focusing on his mother’s side) – https://image1.findagrave.com