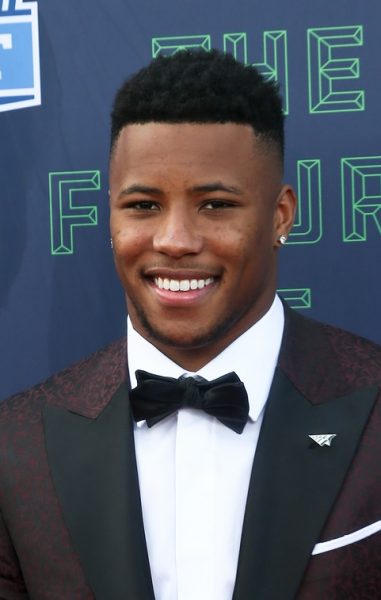 Barkley in 2018, photo by Debby Wong/Bigstock.com

Saquon Barkley is an American professional football player. He is a running back for the New York Giants of the National Football League (NFL). He is highly regarded as one of the best running backs playing.

Saquon is the son of Alibay Barkley and Tonya Johnson. His parents are both African-American. He has a daughter with his partner Anna Congdon.

His great-uncle is WBC middleweight champion Iran Barkley. Iran is the son of Frank Barkley and Georgia.