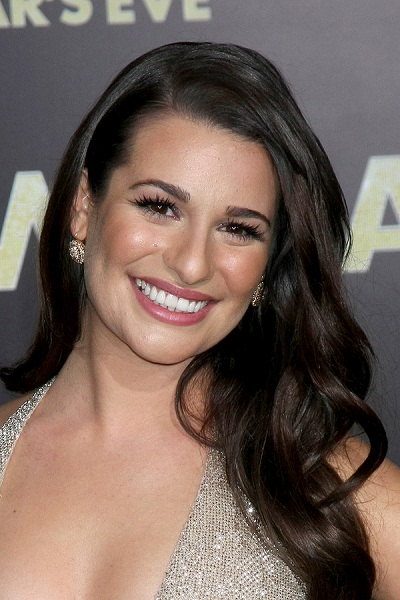 Lea Michele is an American actress, singer, songwriter, and author. She is known for playing Rachel Berry on the show Glee.

Lea is the daughter of Edith Thomasina (Porcelli) and Mark David Sarfati. Lea’s father is a Sephardi Jew, from a family that moved to the U.S. from Turkey and Greece (and had originally left Spain, likely in the 1400s). Lea’s mother is of Italian descent, and is Catholic. Lea stated on Inside the Actors Studio, 2012, that she was raised in her mother’s Catholic faith, and that her Jewish father “gladly” attended church with them.

Lea is married to clothing brand president Zandy Reich, with whom she has a son. Zandy is Jewish.

Lea’s paternal grandfather was named Albert Sarfati (the son of Yomtov Sarfati and Sol/Celia). Albert was born in New York, to Sephardi Jewish immigrants from Turkey.

Lea’s paternal grandmother was Celia Sylvia Veissy (the daughter of Moise Joseph “Morris” Veissy and Benuta “Bessie” Kouenkas/Cohenka). Celia was born in New York, to Jewish parents from Thessaloniki, Greece. Moise was the son of Joseph Veissy and Dona. Benuta was the daughter of Isaac Shemtov Couenca/Cohenka and Meriam Arania.

Lea’s maternal grandparents had the surnames Porcelli and Mariano. Their families were from Rome and Naples, respectively.

Information about Lea’s appearance on Who Do You Think You Are? (2016) – http://ancestraldiscoveries.blogspot.ca