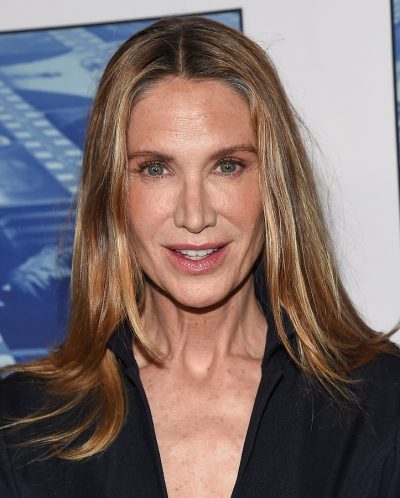 Lynch in 2017, photo by DFree/Bigstock.com

Kelly Lynch is an American actress and model. Her roles include the films Bright Lights, Big City, Road House, Drugstore Cowboy, Curly Sue, and Cocktail, and the shows The L Word and Magic City.

She is married to producer and writer Mitch Glazer, and has a daughter.

Kelly’s paternal grandfather was Harold Edward Lynch (the son of Walter Pierce Lynch and Elvira Cornelia Swanson). Harold was born in Fargo, North Dakota. Walter was the son of Thomas Lynch, who was born in Renfrew, Ontario, Canada, to Irish parents, from Ballymacelligott, Kerry; and of Margaret Edwards, who was also born in Renfrew, to parents from Ireland, her father being from County Kilkenny, and her mother being from Monaghan, and who were likely Protestants. Kelly’s great-grandmother Elvira was the daughter of Swedish parents, Per Swanson/Svensson, from Jonstorp, and Petronella Eliasson, from Strovelstorp.

Kelly’s paternal grandmother was Cecilia Anna Osekowsky (the daughter of Joseph Frank Osekowsky and Anna Helen Januszewski). Cecilia was born in Minneapolis, Minnesota. Joseph was a Polish emigrant, from Lisko. Anna was born in Perham, Minnesota, to Polish parents, Frank Januszewski, from Brusy, and Anna Bruski, from Warsaw.

Kelly’s maternal grandmother was Hildegard Bisenius (the daughter of Michael Bisenius and Gertrude Schaefer). Hildegard was born in Minnesota. Michael was the son William Bisenius, a German emigrant, from Stockigt, Rhineland, and of Susan Mary Kirsch, who was from Grevenmacher, Luxembourg. Gertrude was a German immigrant, and was the daughter of Anna Katherine and Stephen Schaefer.