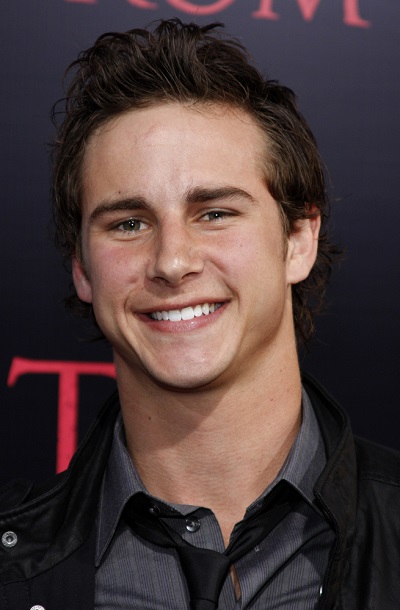 Kelly Blatz is an American actor and musician. Among his roles is the film Prom Night (2008). He is also known as Scott Kid.

His uncle is actor Shawn Stevens.

Kelly’s paternal grandfather was Richard Keenan Blatz (the son of Frederick Alfred Blatz and Kathryn/Katherine/Catherine Marie Collins). Richard was born in Los Angeles, California, to parents from New York and Pennsylvania. Frederick was the son of Frederick Augustus Blatz and Jennie Kirby. Kathryn was the daughter of Thomas A. Collins and Mary Keenan.

Kelly’s maternal grandfather is Gary Keith Stevens (the son of Richard Charles Stevens and Imogene Mae Johnson). Gary was born in California. Richard was the son of Benjamin Franklin Stevens and Amy Glenora Vanscoy. Imogene was the daughter of Walter Dallas Johnson and Stella Mae Burns.

Kelly’s maternal grandmother is Gladys Edna Smith (the daughter of Vince William Smith and Alberta May Trebilcock). Vince was the son of English parents, Sidney G. Smith and Jessie. Alberta was the daughter of Albert Raymond Trebilcock, whose father was Cornish, and of Edna May Perry.