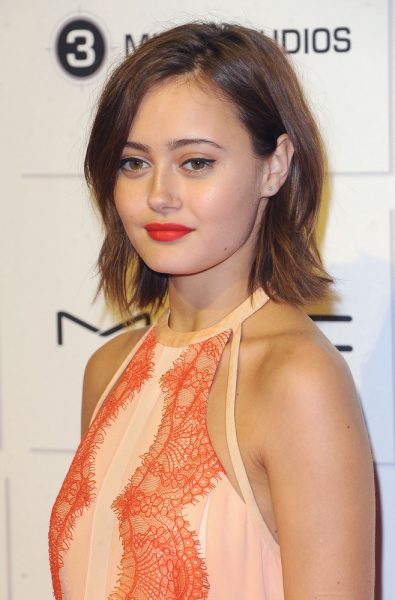 Ella Purnell is an English actress. She has starred in the films Miss Peregrine’s Home for Peculiar Children and Army of the Dead, and the show Sweetbitter, among other projects. In Army, she plays Dave Bautista’s character’s daughter.