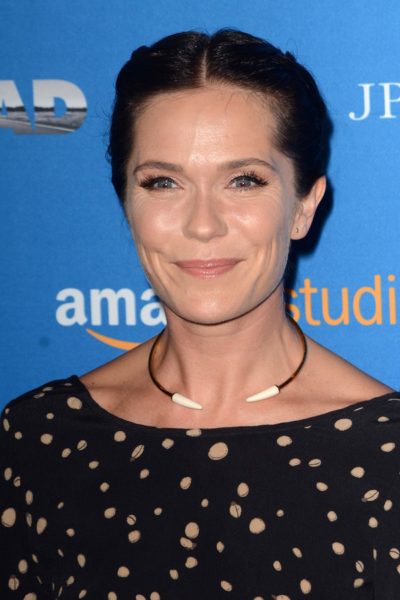 Aselton in 2016, photo by kathclick/Bigstock.com

Katie Aselton is an American actress, director, and producer.

She is the daughter of Ora and Carl Aselton. Katie is married to filmmaker and actor Mark Duplass, with whom she has two children.

Katie’s paternal grandfather was Carl K. Aselton (the son of Melvin Peter Aselton and Nellie Louise Gilmore). Carl was born in Massachusetts. Melvin was the son of Henry Peter Asseltine and Eliza Anne Minkler. Nellie was born in Canada, the daughter of John Gilmore, who was Irish, and of Mary N. Mackay.

Katie’s paternal grandmother was Mary Eleanor Washburn (the daughter of Stanley Titus Washburn and Teresa M. “Tess” Keenan). Katie’s grandmother Mary was born in Massachusetts. Stanley was the son of Cheney Davidson Washburn and Mary Titus. Teresa was the daughter of Lawrence William Keenan and Ellen T. Donahue, who were Irish. Teresa had roots in Rosemount, Westmeath, Westmeath and Dingle, Kerry.

Katie’s maternal grandfather was Louis A. Mathurin (the son of Michael Ozeas Mathurin and Dora Anna Messier). Louis was born in Massachusetts. Michael’s parents, Andorne Mathurin and Josephine, were Canadian. Dora was the daughter of Damien Messier, who was Canadian, and of Emma Geoffison, whose parents were Canadian.