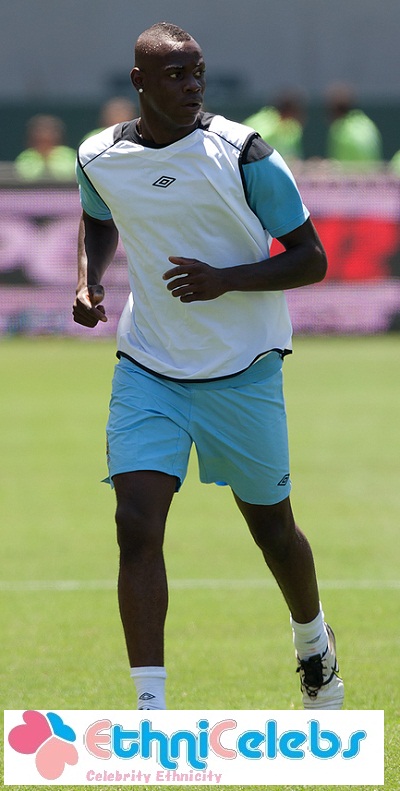 Balotelli in 2011, photo by Photo Works/Bigstock.com

Mario Balotelli is an Italian footballer.

Mario was born in Palermo, Sicily, Italy, to Ghanaian parents, Rose and Thomas Barwuah. They are from Konongo, a community in the Asante Akim North Municipal District, Ashanti Region. In 1993, after his own family was unable to pay for his health care needs, he was placed in foster care. He was raised by foster parents, an Italian couple, Silvia and Francesco Balotelli. He became an Italian national at the age of eighteen.

Silvia Balotelli’s mother was a German Jew from Wrocław, Silesia (now Poland), who lost her relatives in the Holocaust. She married an Italian pilot and moved with him to Italy.

Mario has two children, including a daughter with his former partner, showgirl, singer, and model Raffaella Fico.