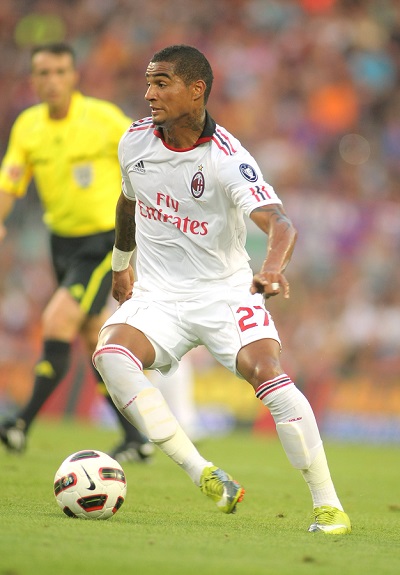 Boateng in 2010, photo by Maxisports/Bigstock.com

Kevin-Prince represented Germany at youth level, but chose to play for Ghana at senior level.

Kevin-Prince is married to Italian actress and television personality Melissa Satta. He has a son with his former wife, Jenny, and a son with Melissa.