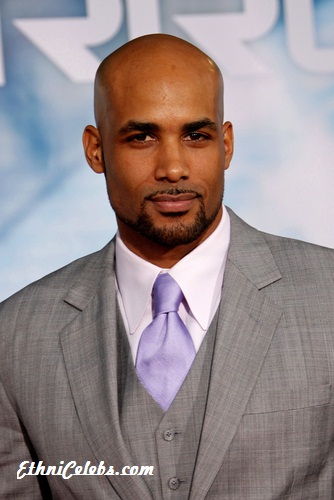 Boris Kodjoe is an actor and model. He is known for his role in the Showtime drama Soul Food, and the films Brown Sugar, Madea’s Family Reunion, Baggage Claim, and several Resident Evil sequels.

He was born in Vienna, Austria, to a Ghanaian father, Eric Ofuatey Kodjoe, and a German mother, Ursula. He was raised in Freiburg im Breisgau, Germany, and resides in the United States. Boris is married to American actress Nicole Ari Parker, with whom he has two children. A picture of Boris, Nicole, and their children can be seen here.

His father was from the Nzema group of the Akan people. Boris’s maternal grandmother’s mother was Jewish, and survived the Holocaust in hiding. The rest of Boris’s mother’s ancestry appears to be non-Jewish German. Boris is fluent in German, French, English, and Spanish.

He was named after poet and writer Boris Pasternak.