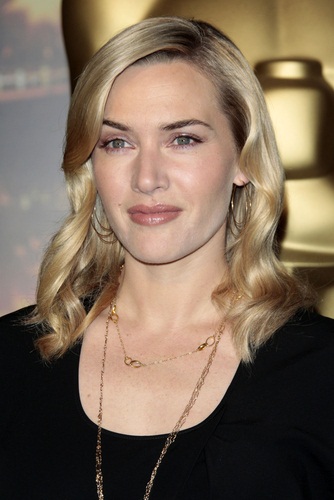 Ethnicity: English, as well as 1/16th Swedish, small amounts of Irish and Welsh

Kate Winslet is a multiple award-winning English actress, and singer. She won the Academy Award for Best Actress for The Reader (2008). She has also starred in numerous films, including Sense and Sensibility, Titanic, and Little Children. Some critics consider her the best English-speaking film actress of her generation.

Kate is the daughter of Sally Anne (Bridges) and Roger John Winslet. Her uncle, Robert Bridges, is also an actor. Her maternal grandparents, Linda and Archibald Bridges, founded the Reading Repertory Theatre.

Kate’s paternal grandmother was Blanche/Blanch Florence Sims (the daughter of George Frederick V. Sims and Florence Edith Bick). Blanche was born in Kensington, London, England. George was born in Cardiff, Glanmorganshire, Wales, and was of one quarter Welsh descent; he was the son of Henry Sims and Sarah Barton, whose own father was Welsh. Kate’s great-grandmother Florence was the daughter of Thomas George Bick and Marian/Mary Anne Colquhoun. Marian’s father was in the Grenadier guards. Marian’s mother was from Ireland.

Genealogy of Kate’s paternal grandmother, Blanche Florence Sims (focusing on her own father’s side) – http://wc.rootsweb.ancestry.com