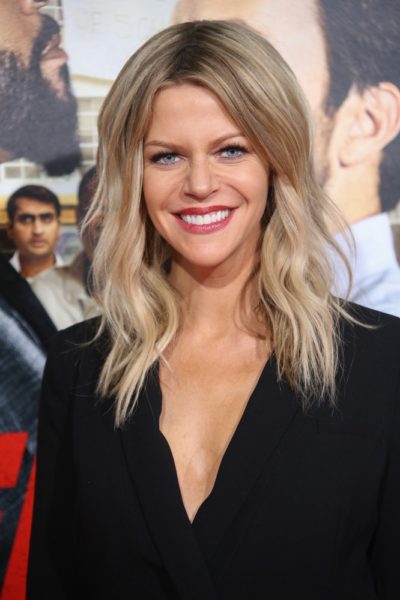 Kaitlin Olson is an American actress, producer, model, and comedian.

She is the daughter of Melinda and Donald Olsen, who was the publisher of the Portland Tribune. Kaitlin was raised partly on a farm in Tualatin, Oregon. She is married to actor and filmmaker Rob McElhenney, with whom she has two children.

Kaitlin’s paternal grandfather was Harry William Olson (the son of Rodney Elmer Olson and Elsie Lillian Wells). Harry was born in Oregon. Rodney was born in Salt Lake City, Utah, to a Mormon family, and was the son of Sven Olsson/Olsen, who was Swedish, and of Euphemia Elizabeth Bouck, who was of German and Welsh descent. Elsie was the daughter of Warren Wells and Mary Elizabeth “Molly” Paisley, whose parents were Irish.

Kaitlin’s paternal grandmother was Alice Virginia Hall (the daughter of Robert William Elihu/Eugene Hall and Nancy Brown Martin). Alice was born in Virginia. Robert was the son of John Thomas Hall and Malinda/Melinda Ann/E. Martin. Nancy was the daughter of William Ellis Hartless Martin and Lucy A. Lawhorne.