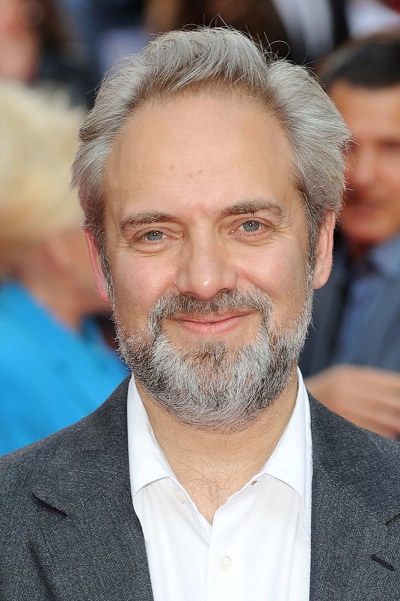 Mendes in 2013, photo by Prphotos.com

Sam Mendes is a British film and stage director. He won the Academy Award for Best Director for American Beauty (1999). He also directed the James Bond movies Skyfall (2012) and Spectre (2015), as well as Road to Perdition, Revolutionary Road, and 1917.

Sam is the only child of Valerie Mendes (born Valerie Helene Barnett), a novelist, children’s writer, and poet, and Jameson Peter Mendes, an academic. His father, who was born in New York, to parents from Trinidad and Uruguay, has Portuguese Madeiran and Italian ancestry. Sam’s mother is an English Jew.

Sam is married to trumpet soloist, arranger, and producer Alison Balsom. He has a son with his former wife, actress Kate Winslet; and a daughter with Alison.

Sam’s paternal grandfather was Alfred Mendes (Alfred Hubert Mendes, the son of Alfred Mendes and Isabella/Isabelle/Belle Jardine/Jardim). Sam’s grandfather Alfred, a writer, was born in Port of Spain, Trinidad, of what is sometimes described as “Portuguese Creole” origin. His World War I experiences inspired Sam’s film 1917. Sam’s great-grandfather Alfred was the son of Portuguese parents, from Madeira, Francisco Mendes and Risa/Rose d’Andrade/de Andrade. He served as vice-consul for Portugal, from 1931 to 1948.

Sam’s paternal grandmother was Ellen Perachini (the daughter of Santiago Peracchini/Perachini and Virginia Giannetti). Ellen was born in Uruguay, to Italian parents. Santiago was born in Florence, Tuscany.

Source: Genealogy of Sam Mendes (focusing on his father’s side) – https://www.geni.com