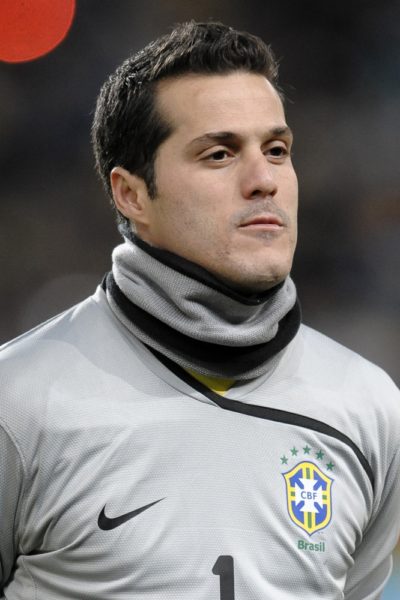 Júlio César is a Brazilian professional footballer. He has represented his country in 87 games, playing as a goalkeeper.

Júlio is the son of Maria de Fátima (Soares) and Jenis/Jenes Honorato Espíndola. His brother is soccer player Janderson Soares Espíndola. Júlio is married to Brazilian model and actress Susana Werner, who has German ancestry. The couple has two children.

Júlio’s paternal grandmother is Hilda Pereira (the daughter of José Martiniano Pereira and Salvina). Hilda was born in Pernambuco, Brazil.