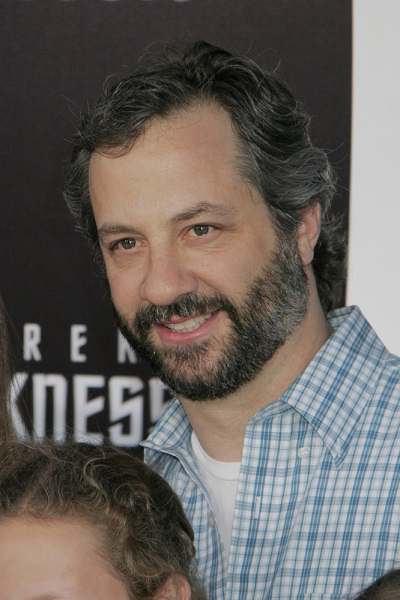 Apatow in 2013, photo by Prphotos.com

Judd is the son of Tamara, who ran the record label Mainstream Records, and Maury Apatow, a real estate developer. He is married to actress Leslie Mann. They have two children, Maude Apatow and Iris Apatow, who have co-starred in most of Judd’s films.

Judd’s parents were both Jewish. Their families were from Ukraine, Russia, and Belarus.

Judd’s paternal grandfather was named Leo Apatow (the son of Morris Apatow and Mary). Leo was born in New York, to parents from Kiev, Ukraine.

Judd’s paternal grandmother was Belle Spivak (the daughter of Jacob Spivak and Sadie Reichman). Belle was born in Russia.

Judd’s maternal grandmother is named Molly. Molly appeared in Judd’s film This Is 40 (2012), playing the grandmother of Paul Rudd’s character.