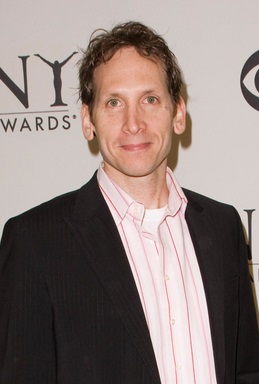 Stephen Kunken is an American actor.

He is married to stage director Jenn Thompson, with whom he has a daughter, who was adopted from Ethiopia.

Stephen’s paternal grandfather was Milton Kunken (the son of Goodman Kunken/Kunkin and Frieda/Freda/Fenny Rasha Shapiro). Milton was born in New York, to parents from Russia. Goodman was the son of Louis/Leib Kunken/Kunkin and Libby Lichterman, whose parents were from Ilya, Belarus. Freda was the daughter of Moses/Morris/Moris Israel Shapiro, who was from Odessa, and whose father was from Minsk, and of Sara/Lana Deborah Riger.

Stephen’s paternal grandmother was Naomi Spiro (the daughter of Harris/Harry Spiro and Marcia Lampert). Naomi was born in New York, to parents from Russia. Harris was the son of Joseph Spiro and Mary Haiken. Marcia was the daughter of Ezack Lampert and Dora Lurie, whose parents were from Viciebsk, Belarus.

Sources: Genealogy of Stephen Kunken (focusing on his father’s side) – https://www.geni.com