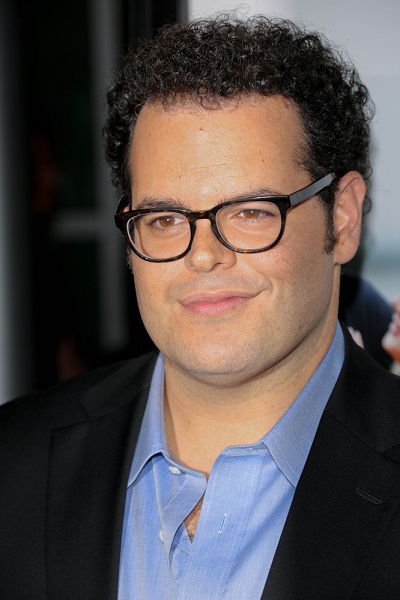 Josh Gad is an American actor, singer, and comedian. His roles include The Book of Mormon, Frozen, Pixels, Beauty and the Beast and Murder on the Orient Express (both 2017), 1600 Penn, and The Comedians.

Josh’s father was born in Afghanistan, and is of Afghan Jewish descent; he likely also had Indian Jewish ancestry. Josh’s father moved from Afghanistan to Israel at the age of thirteen. Josh’s mother, who was born in Germany, is from a Polish Jewish family, and his maternal grandparents were Holocaust survivors. Josh had a Bar Mitzvah ceremony.

Of his father, Josh has said:

He came from a very religious family that was on a nomadic journey searching for a home… They went through India before finally settling in Afghanistan.

Josh is married to actress and writer Ida Darvish, with whom he has two children.

Josh’s maternal grandfather was named Joseph Greenblatt (the son of Gimpel Grunblatt, and of a mother surnamed Morowitz). Joseph was born in Łódź, Łódź Voivodeship, Poland, and survived the Buchenwald concentration camp. Josh’s great-grandmother was the daughter of Josek Mejer Morowitz and Chaja Sura/Sarah Rzeznik.

A picture of Josh’s maternal grandparents can be seen here.